On Sunday, February 5, 2017, St. Martin’s celebrated that the Rev. Judith Upham received the Dr. Martin Luther King 2017 Drum Major Award for Lifetime Achievement in Civic and Faith Activism. The award is “given to a person who has best accomplished the spirit of Dr. King’s civic as well as faith activism.” The award was presented to Judy by John Rhodes, Mayor of Myrtle Beach, South Carolina, at the 2017 Myrtle Beach Freedom Rally. Read information about that event.
Swipe or click to see photos: 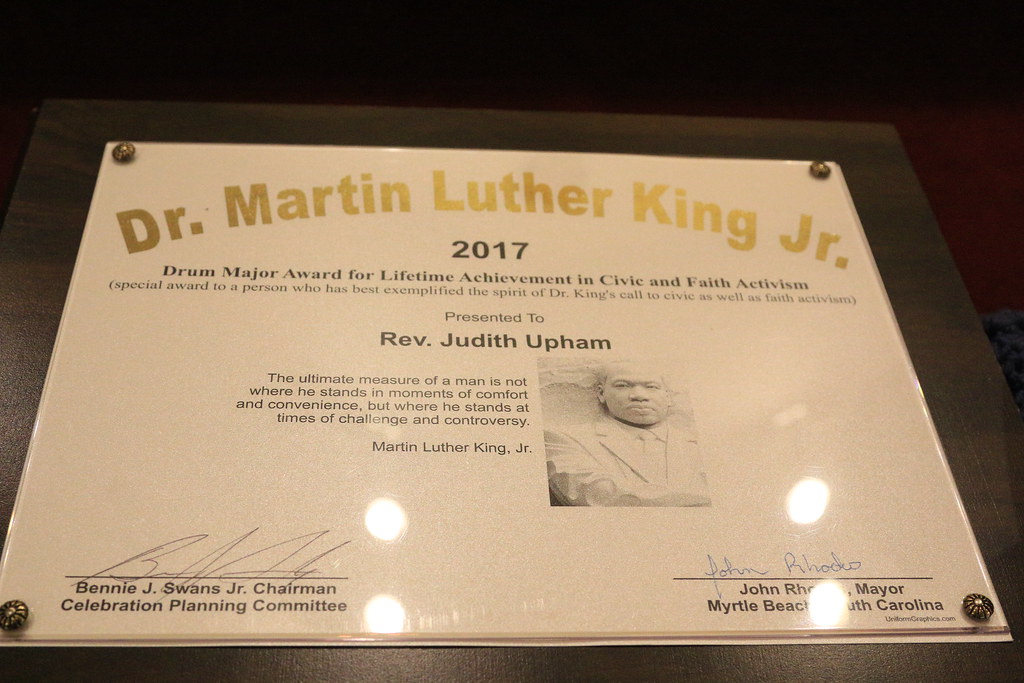 Judy was a fellow seminarian and close friend of Jonathan Daniels, who was murdered in 1965. Daniels’ story is told in the documentary film Here I Am, Send Me. Judy talked about her participation in the Civil Rights marches and events of that year.

Here Am I, Send Me: The Story of Jonathan Daniels from Episcopal Marketplace on Vimeo.
This award-winning documentary explores the life of a modern Christian martyr, a young Episcopal seminary student who gave his life bravely defending a young woman in Alabama during the civil rights era.